Flowers in the Dark 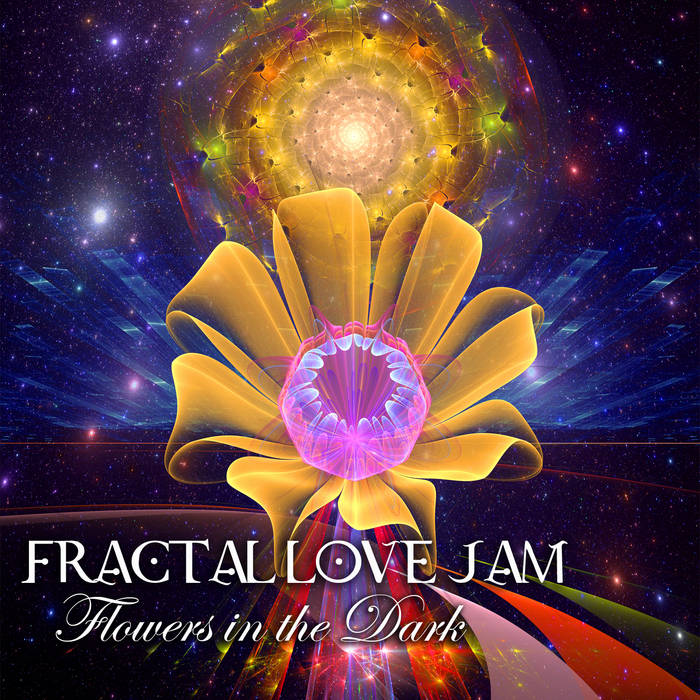 After the completion of their first album, "Where You Begin," Fractal Love Jam went on a music-writing hiatus for Jessalynn's pregnancy and their birth of their son, Jaden. Now, with this latest release, "Flowers in the Dark," the songwriting team of Jessalynn and Martin are back and better than ever with a stunning album of electronic/alternative gems that was two years in the making. For this album, Martin took on the role of writing the lyrics - his first attempt at sustained lyric-writing with themes of universal love, self-discovery, transcendence, nonduality, and entheogenic awakening and exploration. Jessalynn stepped up to the task of translating Martin's lyrics into her own vocal and melodic style, pushing the envelope for both of them, and the result is a collection of their best and most captivating songs yet. For arranging and mixing, Martin let his creativity soar in constructing the sound for these songs with plenty of vocal effects, rich synths, and textured guitars. Every song on this album is filled with passion, love, and a sense of epic adventure and discovery. The overall sound is an alchemical mix of synthetic and organic, electronic and acoustic, and intricate song writing with dance-infused rhythms and textures. Turn down the lights, turn up the music, and let the songs carry you away into the magic of liberated being . . . There are flowers in the dark, and they're blooming just for you . . .

Bandcamp Daily  your guide to the world of Bandcamp